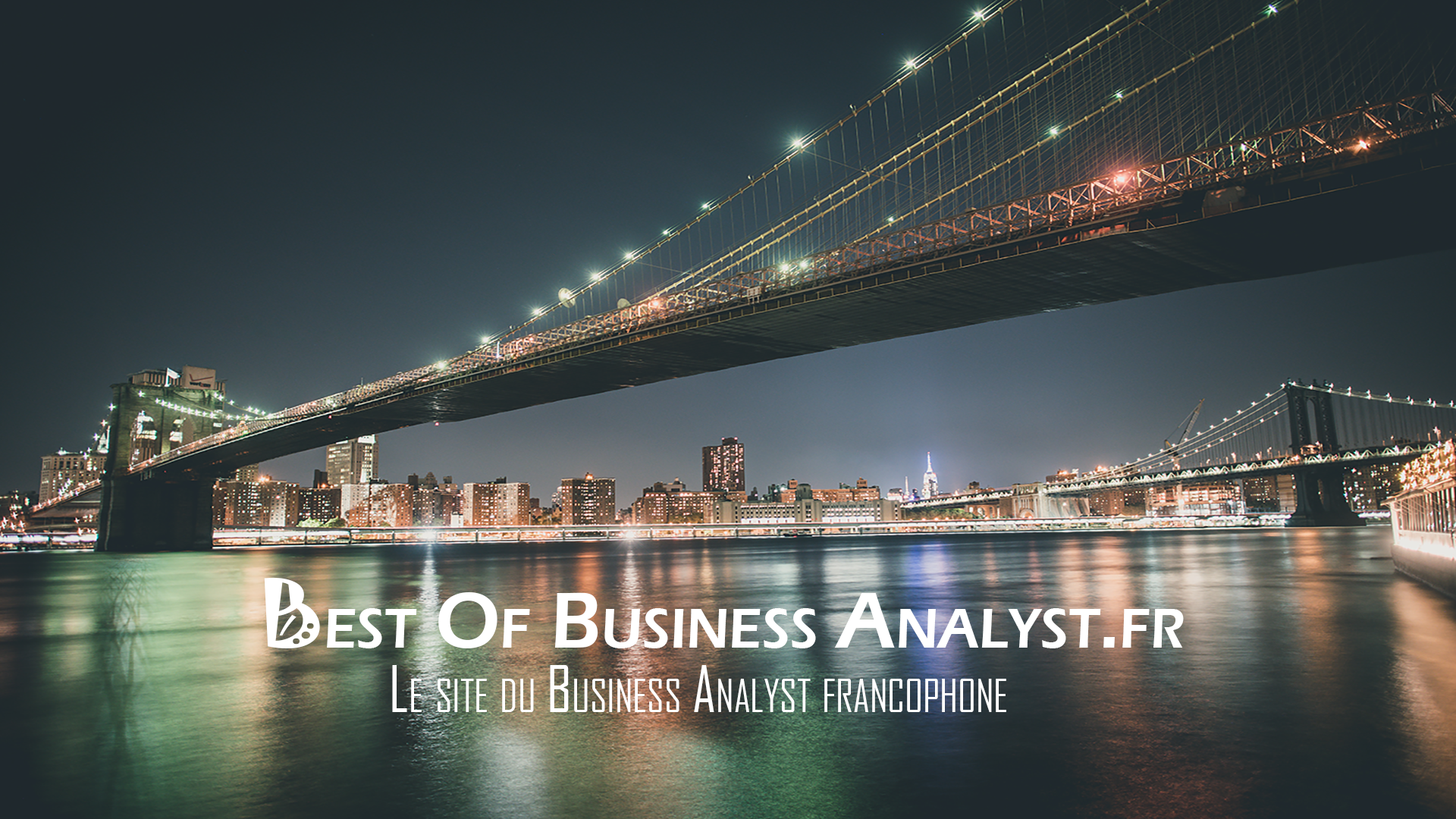 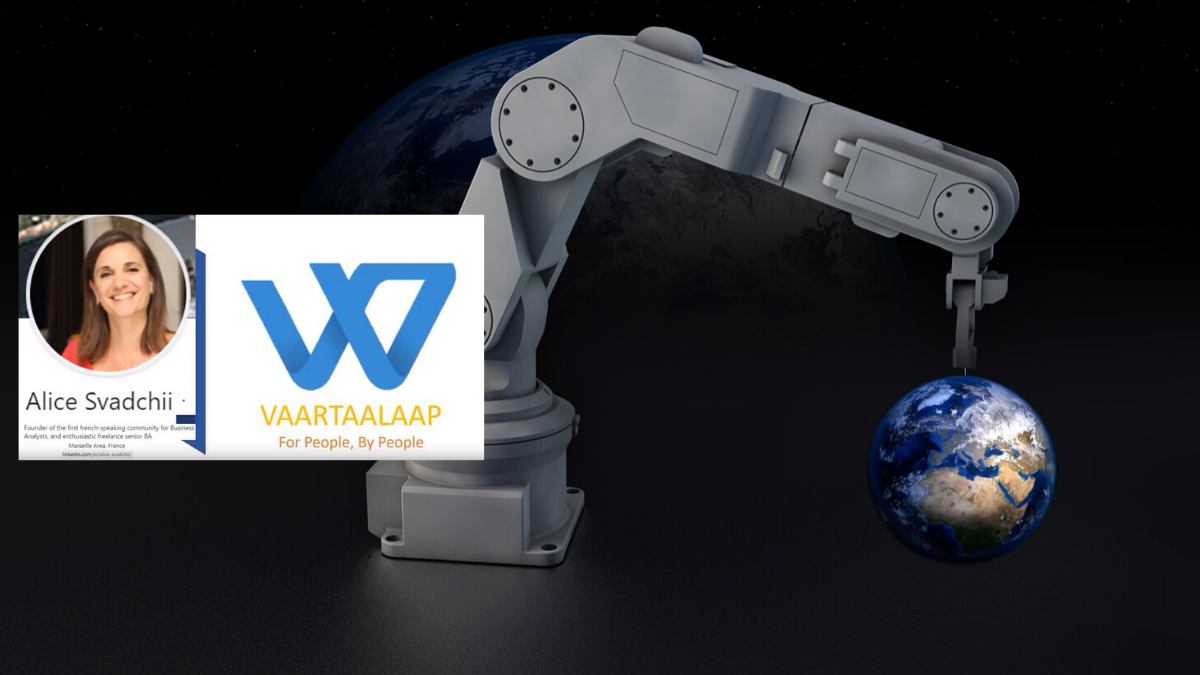 Aman (Vaartaalaap) : Do you see increasing automation and use of AI impact your area of work i.e. business analysis? If so, how?

Alice (BestOfBusinessAnalyst.fr) : First of all, I would like to make it clear that the concept of artificial intelligence is often misused in companies.

Often it is simply a more or less classic IT project but to find a sponsor or funding, some people use the term artificial intelligence because it sounds more modern.

In reality, many business leaders are confused by the concept of artificial intelligence.

By the way, I have just read an article on the discovery of a powerful antibiotic by MIT, thanks to artificial intelligence combined with machine learning. That, to me, is really AI. What I want to point out is that the notion of AI remains, for the vast majority of leaders, a sexy but unclear concept.

So indeed, I see that IT projects that mention the term artificial intelligence are becoming more and more frequent.

Aman (Vaartaalaap) : Did you have to learn new skills on the way to stay in current role or make a career progression?

Alice (BestOfBusinessAnalyst.fr) : First of all, I would like to come back to the role of the Business Analyst in IS: we intervene when an organization needs to implement a solution to meet a need for change, whatever it may be.

This can of course be the implementation of a new IT solution, for example a CRM to assist sales teams, or accounting software, or creating a responsive application for the company’s customers.

But the change can also be the result of a change in the company’s strategic policy, a merger or acquisition, the need to overhaul business processes to improve performance, and so on.

So, as a business analyst, the bulk of our work is first to understand the business needs of the organization, then after appropriate analysis of external and internal constraints, to recommend a solution. It is only after this step that we will talk about the solution, and that we will have to describe it very precisely.

A business analyst is not supposed to work on the technical solution – that’s the job of technical architects, developers and data scientists.

However, a business analyst is also a bridge between the business users and the technical teams.

So I think that, without becoming an expert in artificial intelligence, a BA should at least have a veneer, or at least perform a constant informational watch on emerging technologies and the business needs that arise from them.

Another important point that I think plays in favour of the BA’s information effort is that the BA must know how to identify its contributors precisely, whether they are on the business side or on the development team side. Technological progress has led to the emergence of new professions and new skills. I am thinking for example of data analysts and data scientists.

The Business Analyst needs to understand how he or she will work with them, because there can be a shift in roles and responsibilities within the project team.

Another point: IA has an impact on the identification of business needs if the organization wants to use the new technological possibilities in predictive and prescriptive analysis. Until now, a business analyst would analyse past data from the company and its environment before proposing recommendations for solutions.

With the emergence of big data, artificial intelligence and therefore predictive and prescriptive analysis, the business analyst will also have to analyze future data and therefore even if his job is not to create algorithms, he will have to integrate this data as an additional constraint or opportunity.

Finally, given the context in which the business analyst operates, which is linked to a need for change, I cannot stress enough the importance of continuous training throughout his or her career, whether in the field of IA or not. One can indeed think of all the regulatory changes related to data protection, cybersecurity, methodological changes in project management, etc… A business analyst is all the more relevant and competent if he or she has a good general and specific knowledge of the markets in which he or she operates.

As far as I am concerned, I am lucky: my website forces me to keep myself informed continuously in order to write valuable articles, and the feedback I get from the French-speaking business analyst community is extremely valuable to me in order to stay up to date.

I also read a lot of books, and I regularly sign up for training courses on learning platforms such as MOOC.  My last training course is precisely about « data sciences from A to Z ».

Aman (Vaartaalaap) : Are new technologies resulting in retrenchment or creating new opportunities as well in France?

What we call « French tech », i.e. French start-ups specialising in new technologies, is also very stimulated by this context of intense and rapid progress. I think that in any case in the globalized society in which we live all countries are impacted by the emergence of new technologies.

Aman (Vaartaalaap) : Will business analyst as a role be available in next 10 years, if so in a transformed state?

Alice (BestOfBusinessAnalyst.fr) : Not only will the role of business analyst still be largely present in 10 years’ time, but I think it will be even more necessary than it is now.

Let me explain. After the era of mass consumption, we have now entered a society of personalization of needs. Until a few years ago, customers were grouped by « target audience », i.e. by groups of consumers with common characteristics.

New technologies now make it possible to target consumer needs almost individually. Creating a solution that responds to identified needs for a target audience was already complicated enough, so one can imagine how it can become even more complex with a needs analysis at the level of the individual.

I don’t have a crystal ball, but I think that in 10 years time, it is possible that the job of Business Analyst will be even more focused on soft skills than hard skills, but also that it will require even more holistic knowledge and general knowledge than it does now.

A Business Analyst may be able to have algorithms do his data analysis, or have a program automatically write the functional specifications of the target solution. But initially, it will be up to him to identify the countless, growing and complex internal and external constraints to be taken into account. Without counting on many other activities that call for soft skills (communication, elicitation, change management…) which, I hope, will not be delegated to computer programs – unless we lose our souls as human beings… Let’s not forget that 50% of the success of an IT project depends on the ability to accompany the change. The day when artificial intelligence will be able to have an emotional intelligence, we’ll talk about it again…

Aman (Vaartaalaap) : France is one of the early countries to introduce digital tax on internet behemoths like Amazon, Google, Microsoft etc. Does that money help in retraining people in France on new age jobs requiring AI or automation?

Alice (BestOfBusinessAnalyst.fr) : I’m not a specialist here either and to tell you the truth I had to look on the internet before the interview to understand what it was all about.

From what I understood, France is indeed pushing the G7 countries to adopt an international tax on digital services. It will be an international tax and not a local tax at the country level because obviously if a country has a local tax, chances are that these digital giants like Google or Amazon will manage to get around the constraint by going through other less restrictive countries. The purpose of this tax, as I understand it, is to take account of new consumer purchasing patterns and in particular the fact that e-commerce now dominates purchasing behaviour. The aim is to introduce fairness, so that physical shops are not taxed more than online shops.

What I have also understood is that this international taxation will replace the local taxation of countries. So it would not be a new tax and therefore logically it should not bring more money into the coffers. In any case, I would be interested to have expert opinions on the subject!

The word is hindi and it means Communication with one or more people or discussion.
Vaartaalaap is a platform for discussion, debates and interviews. It is a means to bring out interactions with common people as well as celebrities on multi-farious topics for global audiences. The platform will allow for user generated discussions as well on its app in near future as well 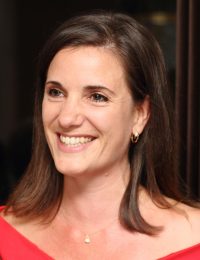 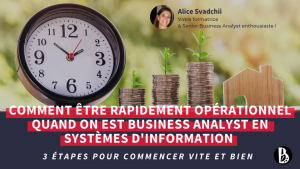